Gina McCarthy Admits that Agency is Waging War on Coal? 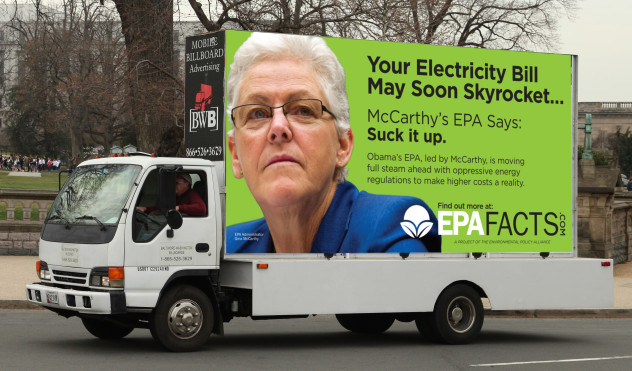 On Friday, EPA Administrator Gina McCarthy finally appeared to admit what the rest of us have known for years: The EPA is waging a war on coal. In an interview on the show Real Time with Bill Maher, the famously-liberal host asked whether the EPA was waging a war on coal. After affirming the EPA’s mission, McCarthy then responded, “That’s exactly what this is.”

This war has been well documented. The EPA’s recently proposed (and euphemistically named) Clean Power Plan is just the latest in a string of regulations that experts say will decimate the country’s coal industry. The war hasn’t come as a big surprise, though. President Obama clearly warned at the outset of his first term that his administration would bankrupt anyone who tried to operate a coal plant.

And yet, until now, the EPA and its mouthpieces have consistently denied waging this war, even in the face of mounting evidence. “There is no war on coal,” said Energy Secretary Ernest Moniz last year. Obama Administration water carriers Think Progress and Daily Kos both editorialized that such a war didn’t exist. Even McCarthy herself told the New York Times last year, “We don’t have a war on coal.”

If this interview represents an about-face for McCarthy and the EPA, it likely signifies an even more emboldened agency no longer scared to obscure its mission in public. Based on its recent history, this should strike fear into the heart of every American.